A few years back I was diagnosed with a severe case of anxiety and depression. I sought help from conventional medical agencies but only received drugs and very little worthwhile assistance, nobody seemed to have the time to actually listen. This was when my daughter recommended Reflexology as an alternative and suggested Christine as my most local practitioner - so rather nervously I contacted her.

I had heard of Reflexology but I must admit to being sceptical as to how it could help me. I saw Christine for an initial consultation and she explained to me how it works and soon after had my first session. This was wonderfully relaxing and as each session reinforced the one before I soon began to feel much stronger, and a few months later my symptoms lifted to a point where I was able to face the world with confidence again.

Christine has since helped me with lifestyle analysis and dietary advice that has seen me regain my ideal weight - can’t believe I was about to throw all those clothes away. I feel her therapies have helped me enormously and would not hesitate to recommend them to anyone.
Rowan B Vacher
(Horsham W. Sussex)


I've been having reflexology sessions with Christine for over 3 years and every one is a real treat! Christine makes you feel so at ease with her pleasant personality and empathetic nature. Her sessions treat a variety of health issues/concerns and are unbelievably relaxing and therapeutic, I feel completely rejuvenated afterwards. All this in the comfort of my own home, listening to my favourite music. No matter how stressed I've been, after Christine's reflexology I feel completely calm and at peace.
Christine also gives me useful healthcare information to compliment the reflexology. Absolutely fabulous - money well spent.
Anna, Horsham


I contacted Christine last year to begin reflexology as I had been diagnosed with P.. O.. S.. and we were trying to conceive our second child. We started the sessions firstly to try and regulate my cycles that were very erratic; within a few weeks of the reflexology starting my cycle had begun to settle down and I had 2 regular periods.

My fertility doctor recommended some surgery and a course of clomid to help stimulate ovulation as he advised we where very unlikely to fall pregnant naturally as both of my ovaries were affected.

I continued to see Christine on a weekly basis, my surgery date was set for December 10th 2010, on the 3rd of December to our complete surprise we found out that I was pregnant and I had to cancel my operation.

My consultant was amazed that we had conceived naturally. I went on to have a very healthy pregnancy and gave birth to our second son on August 6th 2011.

I truly believe that having the reflexology with Christine played a huge part in this and for that we will always eternally grateful.
Siobhan, Horsham 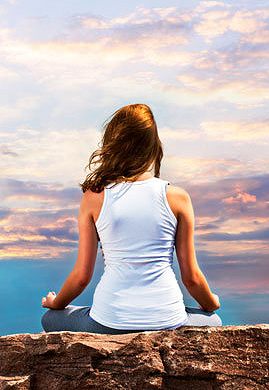 ©2021 Christine Richards Therapies is powered by WebHealer
Cookies are set by this site. To decline them or find out more visit our cookie page